sanya runwal
Sporty in Essence. Sportive in Every Sense.

sanya runwal
Move in the air. Groove without care.

sanya runwal
Healing the scars. Reaching out from afar.
Welcome to my website.
about me
Hello

Two sentences that have become as familiar to me as my name or which my family have got bored of repeating are ‘Sanya, put the book down’ and ‘Sanya can you please stand still.’ If you haven’t guessed already, my name is Sanya and if you ever see somebody dancing in a public place or banging into people because she refuses to lift her head out of the novel, come over and say hi because chances are, that somebody is ME! Besides dance and reading, I am a sport fanatic and became part of as many sport teams as our school would allow me to. Although I must to admit basketball is my favorite. I’m not much of a foodie but I always make an exception for chocolate. If I could acquire any super power, it would be time travel and live through the 1900s. My favorite quote and the one that I aspire to live by: “Create a life that you don’t need a vacation from.” 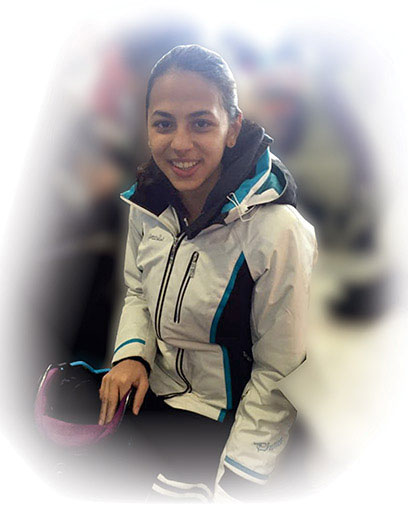 10 Dollar Bride
About the Book

In this world of female empowerment, Ten Dollar Bride gives you an unflinching account of the reality of many young girls living in shadow lines of this country. There are dreams and desires and an attempt at resisting the patriarchy within which they live. Yet, some battles are perhaps not meant for victory. These are the stories we need to know.

MYNA – A set up by the women dwelling in the slums of Govandi, who manufacture affordable Maternity & Sanitary Napkins for the under-privileged girls. Here, our main focus is to create awareness amongst women and young girls on Sanitary and Menstrual Hygiene along with providing them with affordable products that elevates their standards of personal care

Dance Movement Therapy, referred to simply as dance therapy or DMT, is the therapeutic use of movement to further the emotional, cognitive, physical and social integration of the individual. Dance movement therapy combines the creative process and the study of human movement into a holistic approach that draws upon the elements inherent in dance.

Although there had been considerable advances in the medical management of Parkinson's, worldwide, eminent Neuro Physician, Dr. Bhimsen Singhal felt the need for a specific approach to be adopted in India for those affected. He sensed the need for creating more public awareness about this condition and establishing a common platform for fell ow sufferers to bond with each other. Thus was born The Parkinson's Disease Movement Disorder Society, (PDMDS), which was registered in Mumbai as an all India 'Charity Society' in 2001. From 2004 to date, the society has grown by leaps and bounds in the variety of activities it has initiated and the number of people affected by Parkinson's that it has reached. This has largely been due to the untiring & conscientious efforts of Dr. Barretto, now the CEO of PDMDS & her team. PDMDS has extended its reach to cities other than Mumbai such as Nashik, Pune, Goa and Bhavnagar.

Being an Indian, I started dancing at a very young age. Weddings and functions for me were always just an excuse to bust out a move and dance till I literally dropped. My mom enrolled me into classical Indian dance classes at the age of 7. However I realized I was not enjoying it as much as I should have been and I managed to convince my mom to let me drop out and instead I joined a Bollywood and Hip Hop Dance Academy. I loved it. That was the only class where I religiously went every single day and spent the time that I was not in class, practicing my moves in front of any reflective surface that was within sight. If I even catch a whisper of a song being played, I’ll probably start jamming right there and then. There’s no better feeling than losing yourself to the beat and feeling world just dissolve around you. There’s no better way to tell a story than through your body.

Watch Videos
Contact me
It's easy to locate us!
Leave us a message